Gabriel Martinelli is your October Player of the Month! 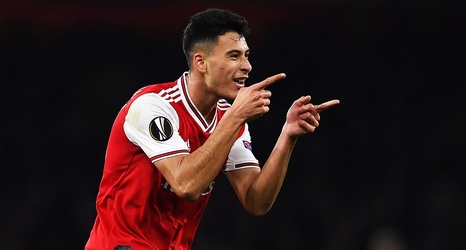 Our Brazilian teenager started the month in fine form, with two goals and an assist in our win over Standard Liege.

Martinelli followed it up with a goal against Vitoria in our next Europa League game at Emirates Stadium, before netting another brace at Anfield during our Carabao Cup clash with Liverpool.

The 18-year-old also impressed with his defensive work-rate in Premier League games, most notably against Bournemouth. Nobody made more tackles than our youngster, despite him only joining the action in the 63rd minute.