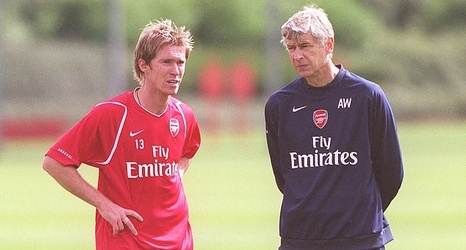 Former Arsenal midfielder Alexander Hleb has revealed he cried when he spoke to Arsene Wenger before departing the club for Barcelona.

The 39-year-old Belarusian regrets leaving for the Nou Camp in 2008 and 'doesn't understand' why he left the Gunners.

Hleb made 130 appearances for the north London club between 2005-08 and was a fan favourite during his time there.

He arrived from German side Stuttgart and was a key player for the Gunners, scoring 10 goals and notching 18 assists during his time at Arsenal.