FC Zurich 1-2 Arsenal: Eddie Nketiah scores and assists Marquinhos' debut goal as the Gunners get off to winning ways in their Europa League opener... as both teams hold a minute's silence before the second half for the Queen 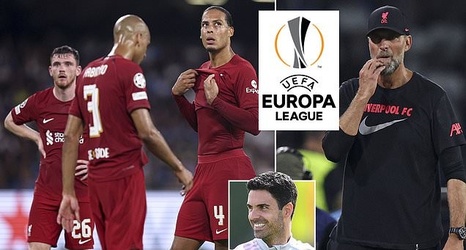 Eddie Nketiah scored a goal and assisted debutant Marquinhos as Arsenal kickstarted their Europa League campaign with a 2-1 win against FC Zurich.

Both teams held a minute's silence before the second-half after it was confirmed that Queen Elizabeth II had passed away during the match.

Marquinhos scored the opener on his debut for the Gunners before Zurich levelled from the spot via Mirlind Kryeziu shortly before half-time.

Nketiah's second-half header secured the victory for Arsenal, as Mikel Arteta's side made an instant reply following their 3-1 Premier League defeat to Manchester United last weekend.