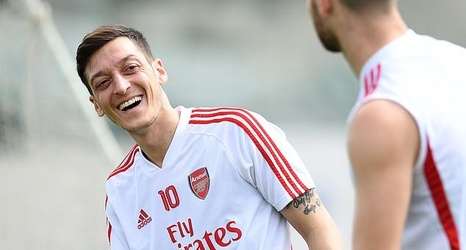 Playmaker Ozil says manager Arteta has made major improvements to Arsenal even if they are not backed up by their points return under the Spaniard.

Arsenal have lost just one of Arteta's seven Premier League games in charge but have also only won once.

The five draws have significantly checked their progress and been a major factor in why they remain 10 points off fourth-placed Chelsea with 13 games left to go.