England captain Leah Williamson has won the ball back 46 times at Women’s Euros – more than any other player – without making a SINGLE tackle... as she draws comparisons to legendary Italian defender Paolo Maldini 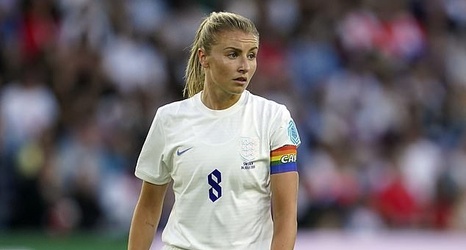 England's Leah Williamson has won the ball more often than any other player at Euro 2022 despite not making a single tackle, according to UEFA's official statistics.

Williamson has 46 ball recoveries to her name and zero tackles. The next-most successful ball winner is France's Sakina Karchaoui with 42 recoveries, followed by Spain's Mapi Leon with 39.

The Lionesses captain is channeling her inner Paolo Maldini, with the Italian great having famously said: 'If I have to make a tackle then I have already made a mistake'.

Williamson has led England to five clean sheets out of six, conceding a solitary goal against Spain in the quarter-final.