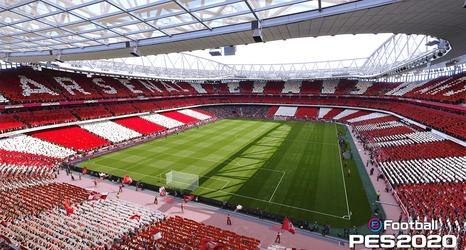 Konami Digital Entertainment B.V. has announced that eFootball PES 2020 is now available on PS4, Xbox One and PC Steam via participating digital and physical stores, with Pierre-Emerick Aubameyang, Alex Lacazette, Nicolas Pepe and the rest of the first-team squad featuring.

With KONAMI recently confirming the renewal of their partnership with us, eFootball PES 2020 will be the most authentic recreation of the club’s stars in any game, thanks to the game’s full-body 3D scans. Beyond the players, Emirates Stadium has also been faithfully recreated in finer detail than ever, all to show-off the majesty of our home.