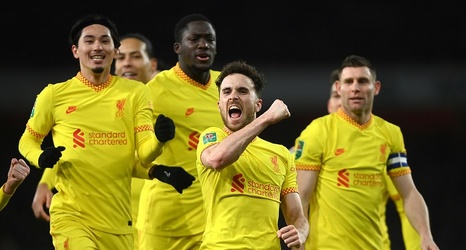 Jurgen Klopp has brought Liverpool far greater glories than anything available in this competition but an appearance in a domestic cup final should be cherished on Merseyside just the same.

It is one of the modern game’s strange anomalies that Liverpool have won just one Wembley cup final in the last 15 years.

In that time, the Manchester clubs have won 12 between them and last night’s beaten opponents have won four. So a success is overdue for Liverpool and now, against Chelsea next month, they will have the opportunity.