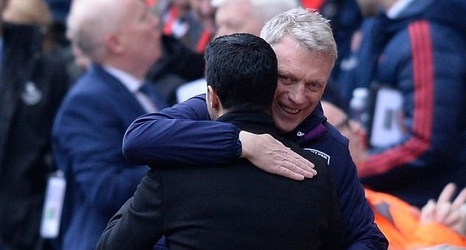 David Moyes has left the self-isolation he entered after embracing Mikel Arteta before and after the Premier League meeting between Arsenal and West Ham eight days ago.

Arteta became the most high-profile name in English football to announce testing positive for coronavirus on Thursday, causing Moyes to enter self-isolation as a precaution.

Moyes had shown no coronavirus symptoms and the recommended seven-day period of quarantine since his contact with Arteta has now passed.

The remainder of West Ham's season is in jeopardy after the Premier League postponed all matches until April 4 in a move apparently sparked by Arteta's announcement.