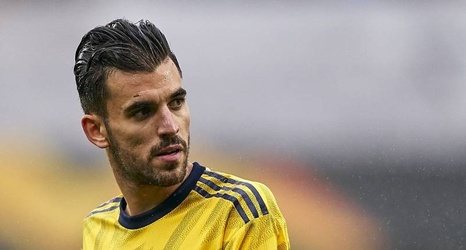 Dani Ceballos will miss Arsenal's Premier League clash against Leicester City at the King Power Stadium on Saturday because of a hamstring injury suffered in Wednesday's UEFA Europa League draw with Vitoria.

The midfielder was substituted in the 54th minute. Shkodran Mustafi opened the scoring in Portugal with 10 minutes to spare, but a goal from Bruno Duarte in the first minute of injury time robbed Arsenal of the full three points:

On Friday, Arsenal confirmed in a club statement that Ceballos will not be available for the visit to Leicester: "Left hamstring.