CHRIS SUTTON: Trent Alexander-Arnold's defensive weaknesses were exposed by Real Madrid... after showing his best side against Arsenal, we saw in Spain exactly why Gareth Southgate dropped him for England 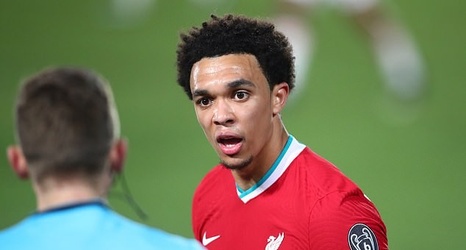 We saw the best of Trent Alexander-Arnold against Arsenal.

The 22-year-old was awesome offensively at the Emirates Stadium at the weekend and I love that side to him. On Tuesday, though, we saw the other side — the side to him that Gareth Southgate seemingly did not trust enough to have in his latest England squad.

I did feel that it was harsh of Southgate to not name Alexander-Arnold for those World Cup qualifiers. But if you base the right back or right wing-back positions purely on defensive capabilities, then do you select Alexander-Arnold?