Chelsea are finally in safe hands with Eduoard Mendy, Manchester United's away day joy will only continue with their new golden oldie Edinson Cavani, and Jurgen Klopp is a man on the edge - 10 THINGS WE LEARNED from this weekend's Premier League action 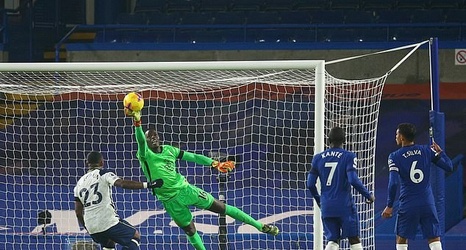 Another weekend of Premier League football delivered another swathe of talking points after a fascinating round of fixtures.

Perhaps the biggest shock came at Stamford Bridge, where free-scoring Chelsea and an in-form Tottenham failed to muster a goal between them. However, there were positives to find for both teams in terms of their defence.

Elsewhere on Sunday, Manchester United produced a stunning comeback at St Mary's to register yet another away-day success. And Southampton weren't the first side to experience a United turnaround this season, either.

For Arsenal, the main talking point is there inability to turn things around, even with Mikel Arteta in charge.