Can't keep a clean sheet, unable to control a match, Pierre-Emerick Aubameyang is struggling and Bernd Leno is making more errors by the game - Arsenal's problems continue to mount but how does Mikel Arteta find quick fixes? 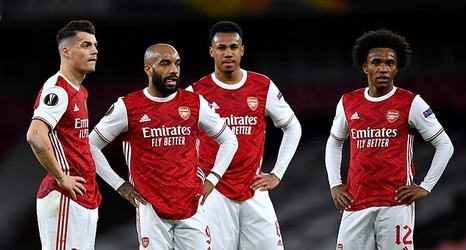 Arsenal's season now stands on a knife edge. The same can be said about Mikel Arteta's time as manager of the Gunners.

The north Londoners' 1-1 draw in the Europa League last eight with Slavia Prague means Arteta's Arsenal must take the game to their Czech opponents in next week's return fixture - in their best chance to secure European football for next season.

The Gunners' post-Christmas form gave their supporters reason to believe that they had turned a corner under their young coach, but four games without a victory have placed Arsenal back in disarray and old problems are resurfacing.