Bould - We’ve shown we just don’t give up 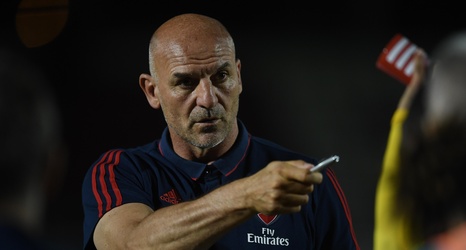 Steve Bould praised his side’s character as we battled back twice to take a point against Everton on Monday night.

In an eventful match that saw six goals and a red card handed to Tolaji Bola, we twice found ourselves a goal down before strikes from James Olayinka and Matt Smith levelled the scores.

We spoke to our head coach at full time and this is what he said:

on the draw…
I think overall, we had an awful lot of possession, especially in the second half. The first half was difficult against the wind, and they’re a tough team, they’re physically very strong.