Aubameyang - The mentality is good for the future 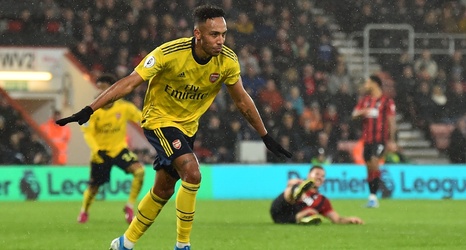 Our captain is now second only to Jamie Vardy in the race for the Golden Boot - but the 30-year-old feels there is still a lot more to come from him and the team as we head into the second half of the season.

Aubameyang spoke to the media after Thursday's game to discuss our mentality, Mikel Arteta's first few days as our head coach and much, much more.

Scroll down for a full transcript of what he said: