Atletico Madrid 'rebuff an enquiry from Arsenal for Manchester United target Kieran Trippier'... with the LaLiga champions insisting the England man will only leave if his £51m buy-out clause is met 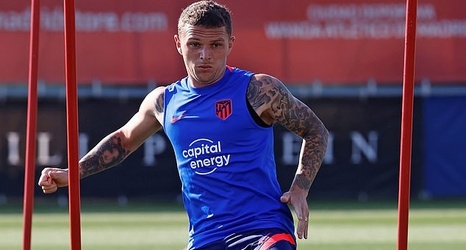 Atletico Madrid are refusing to budge on their stance that Kieran Trippier will not leave for less than his £51million release clause, after an enquiry from Arsenal.

Manchester United and the Gunners remain interested in the right-back, who played a key part in Atletico's LaLiga title win last term as well as for England at the Euros this summer.

But Diego Simeone rates Trippier highly and is unwilling to let him leave for a cut price, even if the former Tottenham man is keen on a return to the Premier League.