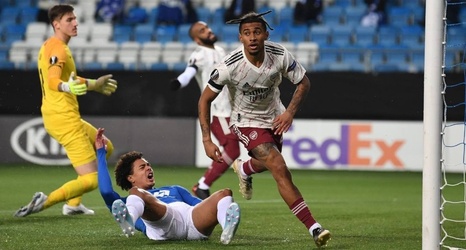 After watching Fabio Vieira, Emile Smith Rowe and Cedric Soares all turn out for our under-21 squad in midweek, Mikel Arteta is delighted to see the willingness of his players to improve or maintain their match sharpness.

The trio all dropped down to play with the younger side against Swansea City, with Cedric netting the winner via an excellent free-kick, and followed in the footsteps of Takehiro Tomiyasu and Marquinhos who have also used the Premier League 2 to gain extra minutes.

It has left Arteta thrilled with the commitment of his squad, who said: "I think there were three different cases.