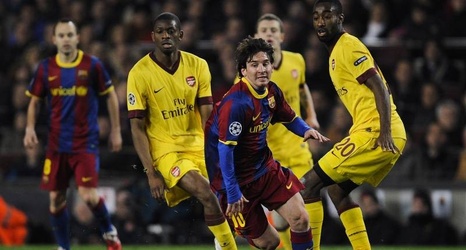 Arsenal got as far as having talks with Barcelona about a potential transfer for then-16-year-old Lionel Messi, according to former manager Arsene Wenger.

The Frenchman told beIN Sports (h/t FourFourTwo) how interest in Messi began and ended for the Gunners back in 2003:

"We were in discussions with Barcelona when we bought (Cesc) Fabregas, because Messi played (with him). You can realise sometimes what fantastic youth teams you had before when you're a club like Barcelona. In the same team: Messi, (Gerard) Pique and Fabregas.

"Pique and Fabregas came to England, Messi stayed in Spain.