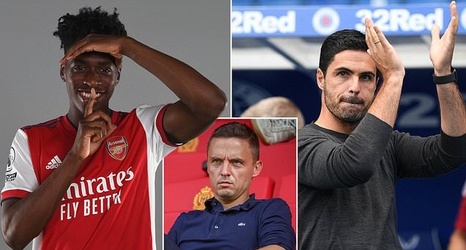 Arsenal have a 'natural leader' in their squad after snapping up Albert Sambi Lokonga from Anderlecht, according to the Belgian club's sporting director.

The Gunners made their second signing of the summer after splashing out £17m on the defensive midfielder, who was captain of Anderlecht in the last campaign, following on from full back Nuno Tavares.

Head coach Mikel Arteta is hoping to overhaul his squad to ensure the team are competing for a top four spot once again, and Peter Verbeke - who sanctioned Lokonga's move to the Emirates - insists Arsenal have one of their 'top talents' who leads by example.