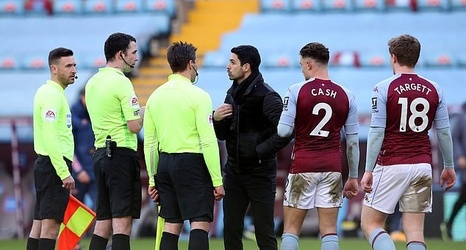 Arsenal's 'home' leg of their last-32 Europa League tie has been plunged into further chaos after Greece's prime minister announced a full lockdown in Athens until February 28 to curb a surge in Covid-19 cases in recent weeks.

It had been confirmed on Tuesday that Olympiacos' Georgios Karaiskakis Stadium would host Arsenal's home leg due to Covid regulations of certain nations, after the away leg was announced for Rome's Stadio Olimpico Stadium.

But now plans are set to be re-considered once again after prime minister Kyriakos Mitsotakis announced Athens will be entering a new lockdown until the end of the month - with the home leg set for February 25.