Arsenal's collapse in the race for top four will leave them trapped in the same vicious cycle this summer... with no Champions League football to offer potential recruits or their own key men, luring the very best players to the Emirates is now compromise 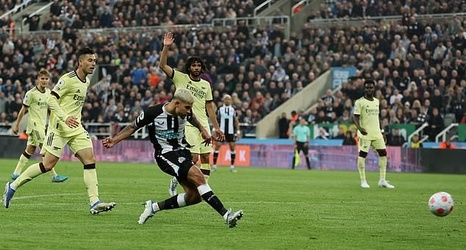 The irony in Bruno Guimaraes slamming the Champions League door in Arsenal’s face on Monday night was inescapable.

The interest in Guimaraes from north London during the January window was entirely genuine, but it is said they were indecisive and slow in trying to close a deal.

Newcastle were less hesitant and the rest is history; Guimaraes scoring the second in a 2-0 win at St James’ Park to - barring the unlikely scenario of Tottenham losing to Norwich on Sunday - end Arsenal's hopes of qualifying for the Champions League.