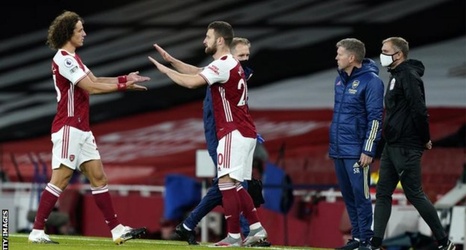 Luiz's absence leaves the Gunners boss with the option of Shkodran Mustafi and Gabriel Magalhaes as the only two fit central defenders.

Arsenal host Dundalk at Emirates Stadium in Group B at 20:00 GMT.

German World Cup winner Mustafi, who is returning from a hamstring injury sustained in the FA Cup semi-final on 18 July, says no talks have begun in regards to extending his contract with the club.