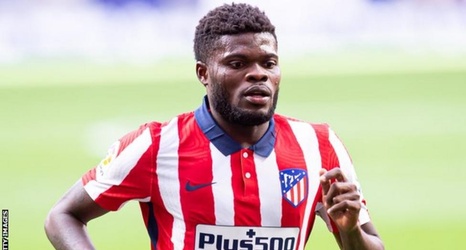 The Ghana international midfielder, 27, has a release clause of £45m.

The Gunners' Uruguay midfielder Lucas Torreira, 24, would likely move in the opposite direction and join the La Liga side on loan.

Partey, who joined Atletico in 2011, made 35 league appearances for Diego Simeone's side as they finished third last season, scoring three goals.

Arsenal have been linked with Partey and Lyon midfielder Houssem Aouar, 22, throughout the summer transfer window.

However, Aouar has told French TV he will remain at the Ligue 1 club.