Arsenal to play Chelsea in Dublin this August 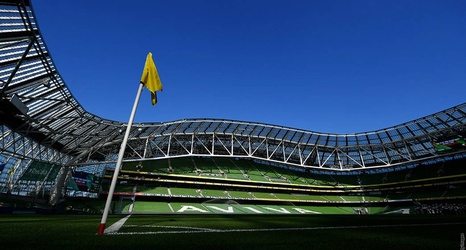 We will play a pre-season friendly against Chelsea in Dublin this summer.

As part of the International Champions Cup, we will face our London rivals at the 51,700 capacity Aviva Stadium, on Wednesday, August 1, with kick-off at 8.05pm (UK time).

Arsenal Legend Ray Parlour was in Dublin on Wednesday June 13, to officially announce the match. Ray was joined by ex-Chelsea player Tore Andre Flo at the Aviva Stadium to take part in a media conference and photo opportunities to celebrate the announcement.

We can also confirm that we will be playing a pre-season friendly in Stockholm on Saturday, August 4.