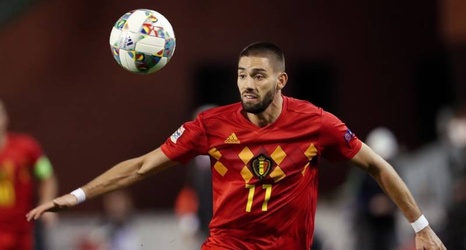 Arsenal have reportedly turned to Yannick Carrasco as they look for a new wide man after being frustrated in their bid to sign Ivan Perisic from Inter Milan.

According to Sky in Italy (h/t Sky Sports News), the Gunners are in talks with Dalian Yifang about Carrasco, who moved to the Chinese Super League club from Atletico Madrid in February 2018.

Arsenal looked well set to sign Perisic after the Croatian handed in a transfer request at Inter.

But the clubs reached an impasse as Inter wanted to sell the 29-year-old permanently, whereas Arsenal where only willing to sign him in the summer after an initial loan period, per Libero (h/t Football Italia).