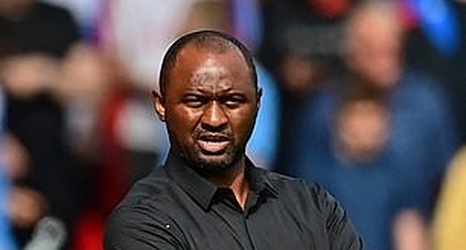 Patrick Vieira says his doubts, as an Arsenal ex-player, about where his former club were heading prompted him to back billionaire Daniel Ek's attempted takeover.

Legendary midfielder Vieira was one of three Arsenal Invincibles, along with Thierry Henry and Dennis Bergkamp, to lend their considerable support to Spotify owner Ek's move to buy Arsenal from owner Stan Kroenke.

Vieira said: 'I was just expressing myself as Patrick, ex-Arsenal football player and that comment was based on how the direction was going and I was talking to somebody who had maybe a different view and way of taking Arsenal Football Club and this is the reason why with Dennis and Thierry we were involved in the situation that Arsenal was.