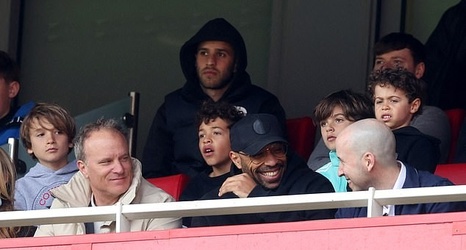 It was 21 and a half years ago that Thierry Henry scored one of the best goals the Premier League has ever seen in Arsenal's 1-0 win over Manchester United at Highbury.

The Frenchman was just outside the box and had his back to goal when he received the ball from Gilles Grimandi, but as he held off Denis Irwin, he flicked it up before swivelling and nonchalantly volleying it over Fabien Barthez's head. Pure class.

This was Henry at his very best at a time when Arsenal and United were the powerhouse forces in English football.