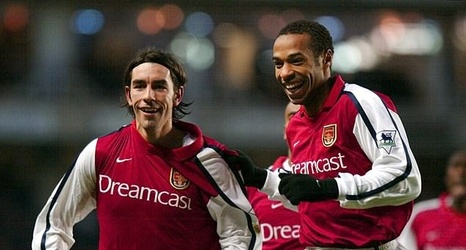 Robert Pires has sensationally snubbed fellow Arsenal icon Thierry Henry when naming the two best players he played alongside during his career – picking Zinedine Zidane and Dennis Bergkamp over him instead.

Pires formed a part of the Gunners' 'Invincible' squad that went the full 2003-04 Premier League season unbeaten, with Henry spearheading the attack for the side.

The former winger also represented France at international level, playing with a host of iconic players throughout the years.

But when asked who were the best players he starred alongside throughout his trophy-laden career, Pires named just two while shockingly leaving out former team-mate and compatriot Henry, who is arguably one of the greatest Premier League players of all time.