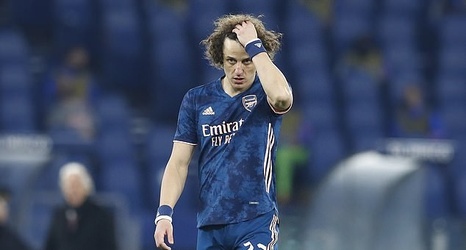 Arsenal are unlikely to renew the contract of centre-back David Luiz this summer, according to reports.

The Brazilian has made 16 starts for the Gunners this season and was enjoying a resurgence in the team before he was forced to undergo knee surgery this month, with Mikel Arteta instead calling upon Rob Holding, Pablo Mari and Gabriel Magalhaes.

The former Chelsea defender has had his fair share of critics while in north London, and while he is valued as an experienced member of the Spaniard's squad, the club are not currently looking to agree new terms with him, as per Football.