Arsenal 'are trying to snatch Chris Smalling from Roma' after Manchester United man's impressive displays on loan in Serie A... with Italian side struggling to meet £25m asking price 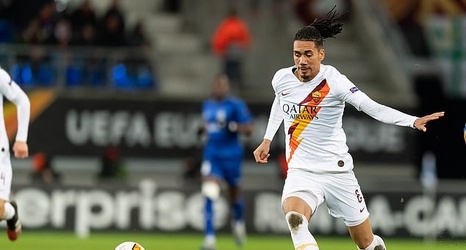 Arsenal are ramping up their interest in Chris Smalling and are trying to snatch his signature from under the noses of Roma, where he is currently on loan.

After a difficult season at Manchester United, Smalling has recaptured his best form with Roma in Serie A and has been linked with a permanent move to the Italian side.

But other clubs have been alerted to Smalling's impressive displays and according to Corriere dello Sport, Arsenal could make a move for the 30-year-old.

United have been mooted to have put an asking price on Smalling in the region of £25m, which Roma will struggle to meet if they fail to qualify for the Champions League.