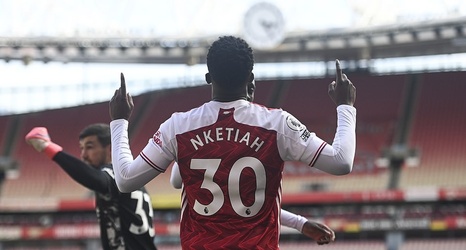 Eddie Nketiah rescued a point for Arsenal in the sixth minute of added time and forced Fulham a little closer to relegation.

There was a VAR check because Rob Holding was offside but the officials ruled the goal would stand Fulham hearts were broken.

Josh Maja gave them the lead with a penalty but they could not cling on for three points they desperately needed in the fight for survival.