'After I left the room with Mourinho I said that's it, I'm going to Chelsea': Cesc Fabregas reveals why he chose the Blues over Man United and City after 'first option' Arsenal rejected the chance to re-sign him in 2014 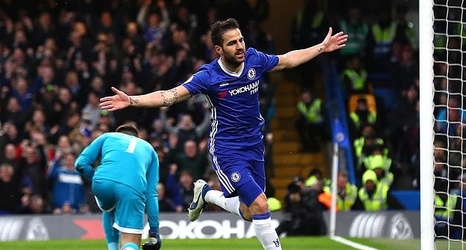 Cesc Fabregas only needed one conversation with Jose Mourinho before he decided to join Chelsea in 2014.

The midfielder's time at Barcelona had come to an end and he believed he would re-join his former club Arsenal who had a week to begin negotiations before he could speak with other teams.

Fabregas waited for a response from the Gunners but after they failed to make contact he assessed the other options on the table.

Manchester City and Manchester United both showed an interest but the midfielder opted for London rivals Chelsea after speaking with Mourinho.