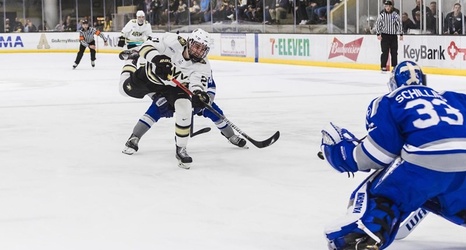 WEST POINT, N.Y. - After a four-point weekend, Michael Wilson of the Army West Point hockey team was named the Atlantic Hockey Association Player of the Week, announced by the league on Tuesday.

The senior had a strong weekend with a +2 rating and a blocked shot. Both goals by Wilson were on special teams including a power play score on Friday and a shorthanded goal on Saturday.