Seniors Sent off in Style in 2-1 Win Over Terriers 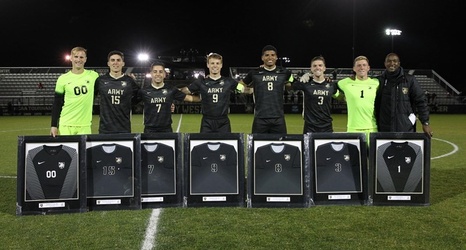 Epitime had himself a day on the pitch for Army (5-7-4, 2-4-3 Patriot League), not only scoring his first career goal, but tallying the game-winner as well to cap his rookie campaign. The freshman had some help though as Keenan O'Shea, D'Anthony Brown and Jake Burgess each posted an assist.