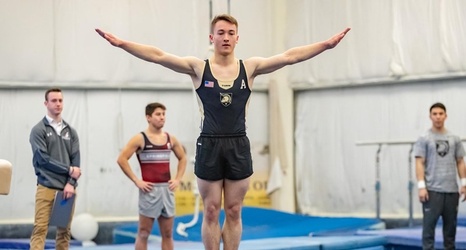 Davis excelled on the floor this season, posting scores of above 14 on seven different occasions. In Army's dual meet win against service academy rival Air Force, he posted a career-best 14.500 to lead Army to its first win over its rival since 2016. He becomes the first Cadet to receive the honor from the CGA since Brian Lee was named an All-American on still rings in 2005.

The Frisco, Texas, native followed his NCAA Individual Finals performance from 2019 with an accolade filled 2020.