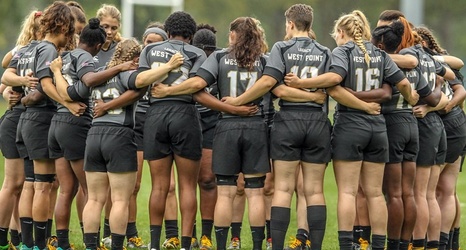 CAMBRIDGE, Mass. - The Army West Point women's rugby team came up just short of the final prize Sunday, falling 18-7 to Harvard in the finals of the NIRA National Championship.

The first half was a defensive effort by both squads, as both Army and Harvard (7-2) spent the better part of the first 40 minutes jockeying for offensive possession. Morton was able to get the Black Knights on the board in the 30th minute after Army pressed the action into the Crimson side.