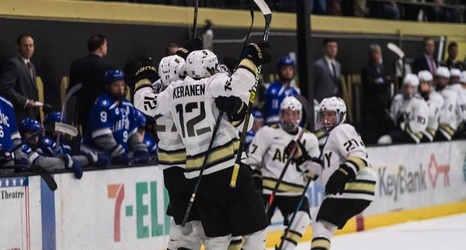 The Black Knights have now been recognized in the poll for the fifth consecutive week. Army gained momentum after a 1-0-1 weekend against service academy rival Air Force.

Army currently ranks sixth nationally on the penalty kill this season with a 89.5% efficiency. The Black Knights are one of six teams in the country with at least 14 wins.

The Black Knights travel to the Royal Military College of Canada this weekend to continue its rivalry momentum.