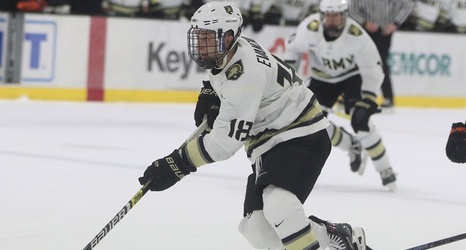 For the second day in a row, the Black Knights had to withstand a comeback effort from the gritty Golden Griffins, and just like Friday night, Eric Butte closed the show with a game winning goal in the third period.

Four of the game's five goals were scored in a track meet of a second period, with Army netting the game's first two goals and Canisius scoring the next two.