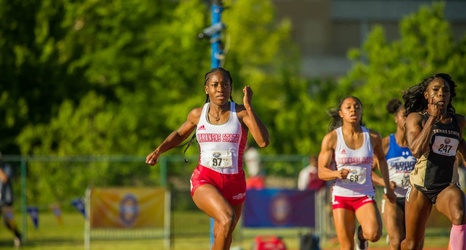 Smith raced to a school record for the second-consecutive night in the 200-meter dash posting an impressive time of 22.75 seconds to qualify fifth among those moving on to Austin, Texas, for the NCAA Championships June 3-5. Yesterday, Smith punched her ticket to Austin in the 100-meter dash. She is among five that are qualified for both the women’s 100 and 200-meter dash.