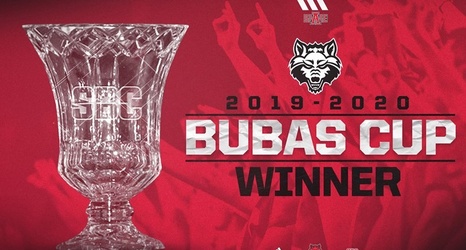 The Red Wolves claimed their third all-time Bubas Cup championship and their first since 1997-98. A member of the Sun Belt Conference since 1991, A-State also earned the honor in 1994-95.

Arkansas State posted 72 points last year for an average of eight points per sport, which was the second highest in school history behind only its 8.1 mark in 1997-98. The Red Wolves edged South Alabama by two points in the final standings, while Texas State finished third with 67.