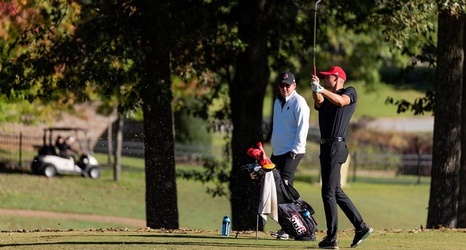 LITTLE ROCK, Ark. (10/19/20) – A first round 272 (-16), the third-lowest round in program history, saw the Arkansas State men's golf team sprint to an early lead at the Little Rock Invitational and the Red Wolves hold the 36-hole lead among 14 teams at Chenal Country Club.

Led by Tom Vaillant's 7-under par 65, the fourth-lowest individual round in program history, A-State held a five-stroke lead on the field beginning the second round. A-State posted a second round 281 (-7) for the fifth-consecutive round under par to start the season. With a 36-hole total of 553 (-23), A-State leads host Little Rock by six entering the third and final round Tuesday.