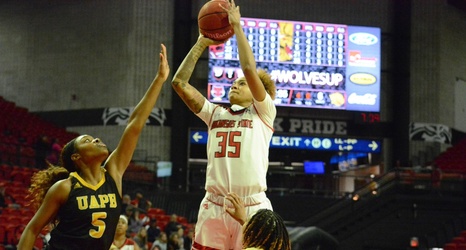 The Red Wolves (3-5) started 1-of-8 from the floor, but responded well after a timeout to put together a nice night shooting the ball, connecting on 29 of 60 shots (48.3 percent) while forcing the Lady Lions (0-7) into 23 turnovers – the most forced by A-State this season. With the win, A-State has now won 13 straight in the series against UAPB and improving to 22-5 all-time.