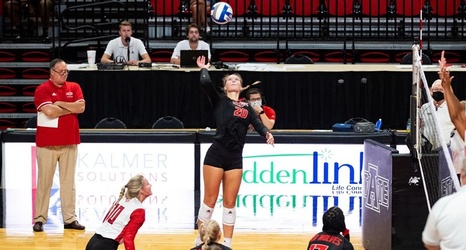 CAPE GIRARDEAU, Mo. (9/10/21) – Macey Putt registered yet another colossal performance, but it was not quite enough as the Arkansas State volleyball team dropped a 3-2 barnburner to Kansas City Friday afternoon to open the SEMO Invitational.