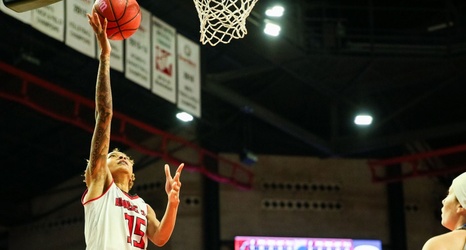 MURRAY, Ky. (11/26/19) – For the fourth time in six games, three players scored in double figures for Arkansas State, but a pair of late runs by Murray State lifted the Racers to a 77-62 win against A-State on Tuesday night at the CFSB Center.