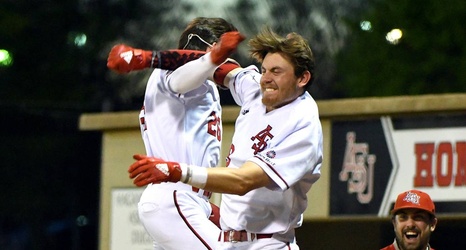 Zachary Patterson pitched five innings, where he allowed four runs on five hits while walking five and striking out one. Noah Stone (2-1) earned the win out of the bullpen, pitching four innings allowing one run on three hits while punching out five.

The home team entered the bottom of the eighth trailing 5-0, but pulled within 5-2, when Justin Felix sent a two-run blast to left scoring Kyle MacDonald. Jablonski started the ninth with a leadoff walk and scored on an RBI single by Eli Davis.