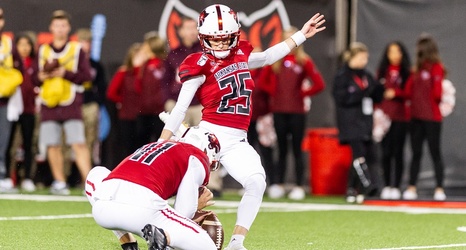 Grupe tied his career high for field goals made in a game and was a perfect 3-of-3 on extra point attempts. He made all three of his field goal attempts covering 40, 23 and 20 yards. His 12 points were only one shy of his career-high 13 and made him just the second Arkansas State player to ever post 100 points by kicking in a single season.