Embiid returns to form for 76ers in 'do-or-die' win 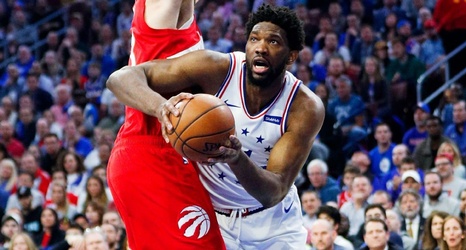 Facing elimination and an offseason rife with speculation were the Philadelphia 76ers to lose, Joel Embiid bounced back to lead a 112-101 win over the Toronto Raptors on Thursday night and force a decisive Game 7 in the Eastern Conference semifinals.

After slogging through Philadelphia's losses in Games 4 and 5 as the Sixers fell behind in the series 3-2, Embiid looked like he hadn't quite shaken his upper respiratory infection in the first half of Game 6.

He was 1-for-8 from the field, and while the Sixers held a 15-point lead at the break, he hadn't put his stamp on the game.