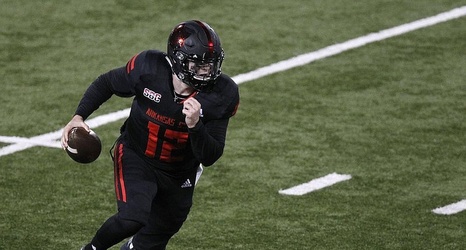 Green often is not alone in asking that question. With junior Logan Bonner and sophomore Layne Hatcher rotating at quarterback through Arkansas State University's first five games, fans, media, players and even ASU's head coach have wondered the same thing.

"I don't know who's out there," Coach Blake Anderson has said several times this season, including after ASU's 59-52 win over Georgia State on Thursday. "I truly don't."

Bonner and Hatcher have become sort of a college football phenomenon over the past few weeks.