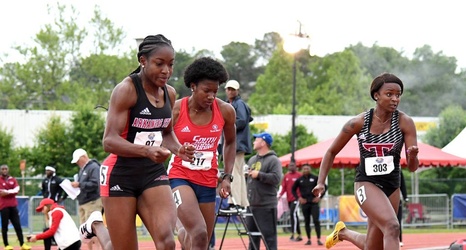 Smith finished fifth in the first of three heats in the 100-meter dash with a time of 11.26 seconds. The top two times from each heat plus the next two fastest times advanced to the final on Saturday. By placing 13th overall, Smith earns Second Team All-America honors.

Roughly an hour later, Smith returned to the track for the 200-meter dash.