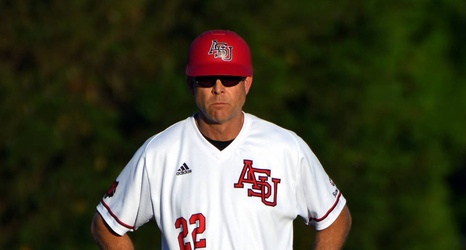 • Arkansas State is now 25-23 on the season and 11-13 in the Sun Belt Conference after taking two of three from Appalachian State over the weekend at Tomlinson Stadium.
• The 27 runs recorded by the squad was the most runs scored at Tomlinson Stadium since 1993 against Memphis State. Five Red Wolves recorded three or more RBIs in Saturday’s win over the Mountaineers.
• The home team sent 16 batters to the plate in the first, scoring 12 runs on nine hits. Six of the nine batters in the A-Statelineup had hits with Eli Davis, Drew Tipton and Tyler Duncan each recording two hits apiece.