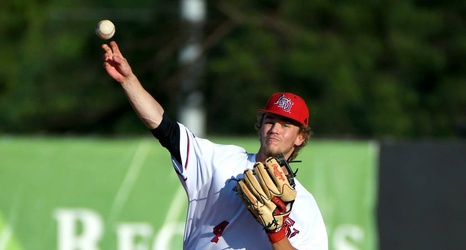 Chandler Coates had a fantastic outing, when he pitched eight innings, allowing just one run on six hits while striking out nine and only walking one. Jack Jumper (2-3) pitched two innings out of the bullpen, allowing a run on a hit while punching out one.

Little Rock rallied in the sixth inning, tacking on a run, when James Gann filed out to right field to score Christian Reyes to take a 1-0 advantage over the Red Wolves.